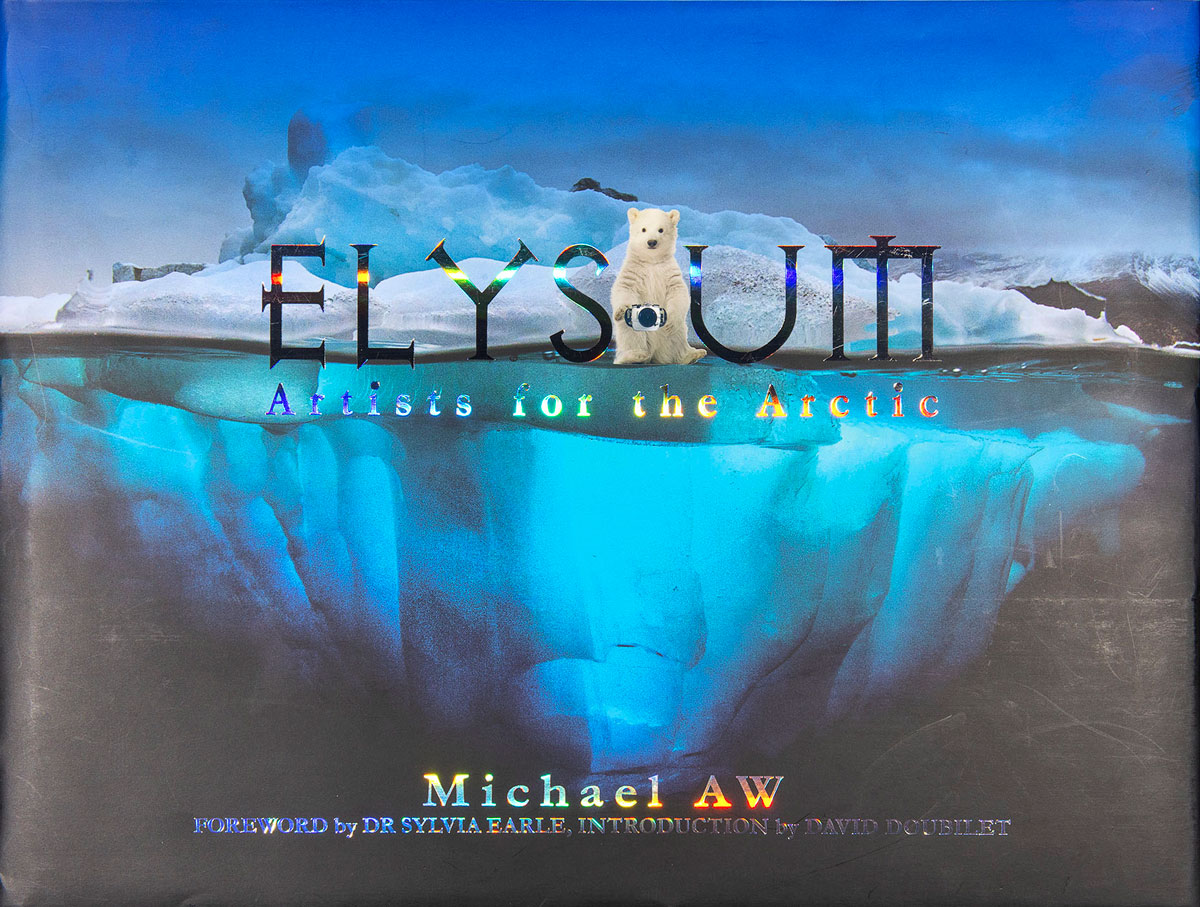 “By successfully combining the wisdom of science and passion of art, this masterfully illustrated volume provides both inspiration and evidence that action is urgently needed to protect the future of our water planet – and in so doing, the future of humankind.”  Sylvia Earle

Elysium Artists for the Arctic’ began as an epic expedition to the high Arctic. The body of work produced by some of the world’s best wildlife photographers and artists reveals the magnificence of a white horizon, the charismatic icons of the polar north: polar bears and seals, the brotherhood of walruses, birds of the northern sky and the hypnotic attraction of icebergs and glaciers.

An explorer team of the worlds’ most renowned and respected photographers, cinematographers, explorers, artists and scientists, spent three weeks travelling through Norway, Svalbard, Greenland and Iceland, in an effort to both qualify and quantify human-induced climate change in the Arctic.

Regarded by climatologists as one of the most enchanting and critically important ecosystems on our planet, the Arctic is not only fragile, but under severe threat from the warming of the world’s climate.

Ninety percent of our planet’s most respected scientists agree that human activities are the principle driving force behind our current climate crisis. The Arctic, with its unique ecosystem, is the proverbial canary in the coal mine, acting as an indicator of the overall health of the Earth’s various ecosystems and biomes. A climate crisis is now happening in the Arctic – a crisis that affects all of us.

This book encapsulates the beauty of the Arctic. Limited Edition of 1000 serialized with numbered hologram seal.