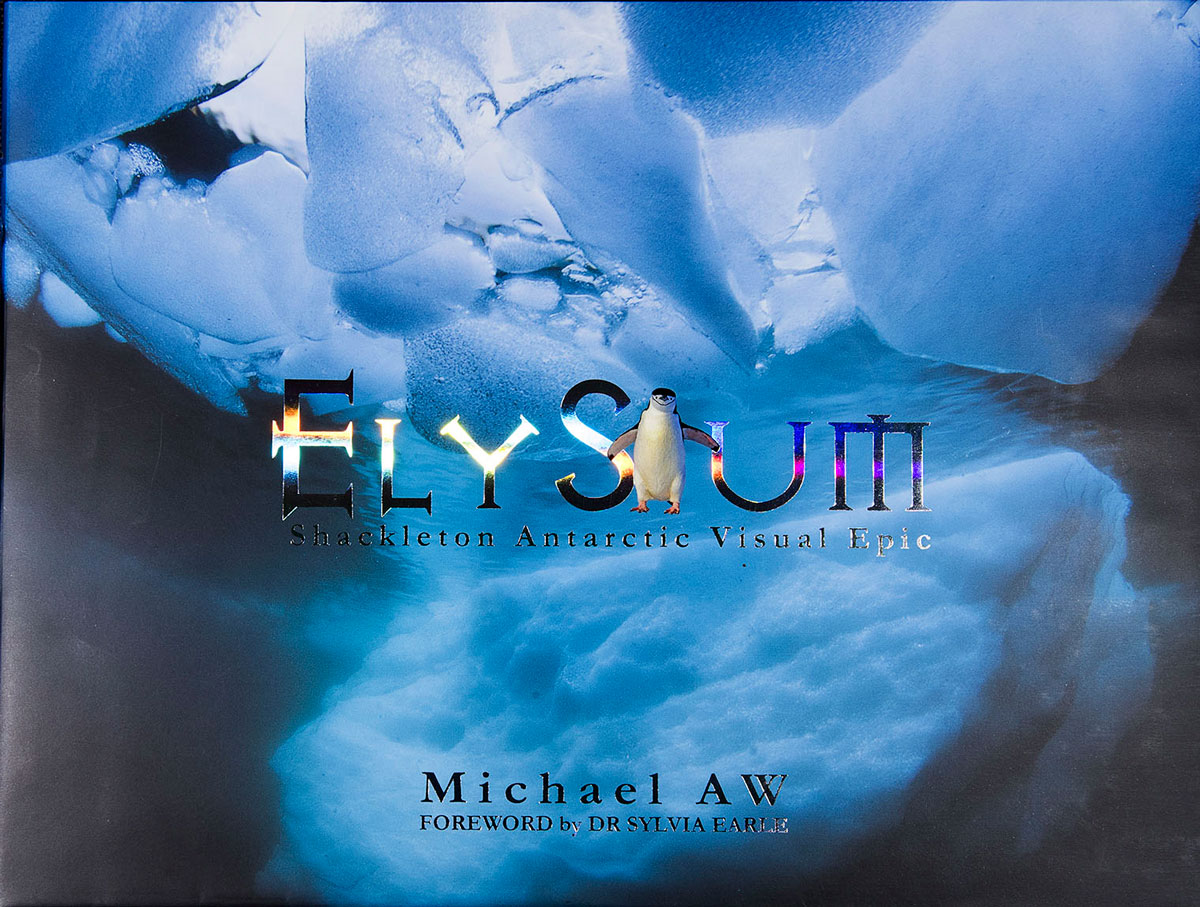 “By successfully combining the wisdom of science and passion of art, this masterfully illustrated volume provides both inspiration and evidence that action is urgently needed to protect the future of our water planet – and in so doing, the future of humankind.”  Sylvia Earle

In February 2010, a team of 57 explorers comprising some of the world’s best wildlife photographers, film makers and marine scientists – David Doubilet, Jennifer Hayes, Emory Kristof, Michael Aw, Goran Ehlme, Ernest Brooks II, Amos Nachoum, Wyland, Leandro Blanco, Jenny Ross, Cabell Davis, Steve Nichol, Stuart Ireland, and Jonathan Shackleton (cousin of the legendary Sir Ernest Shackleton), embarked on a voyage to Antarctica. The expedition loosely followed the footsteps of Sir Ernest Shackleton and his crew, travelled after they lost the Endurance in 1915, from the Weddell Sea, across the treacherous Drake Passage to South Georgia. The team captured the splendour of the fauna, terrain, sights and sounds of this enchanting region in a perspective that no one has ever seen before.

The Elysium team documented the current state of this last pristine wilderness: biological samples, photographic and video documentation captured every step of their journey. Their adventures were revealed on the evening of 12 April 2013, at the premiere of their multi-faceted movie. In addition, the finest of the 20,000 images captured, were displayed for the first time in exhibition from 13 April to 11 August 2013.

With only 1914 copies of the limited edition released, this fine art production has been printed using the state-of-the-art production technique by Colourscan Singapore, reputed to produce books of superlative quality. This 100th Anniversary tribute book was released at the Elysium Epic exhibition at the Australian National Maritime Museum, Sydney, 12 April 2013.